"But the other voice was silent, and the noise of waters swept me
back into the world, and I lay asleep on a hillside
bearing for evermore the heart of a goddess,
and a brain of a man, and the wings of morning
clipped by the shears of the silence, so must I wander lonely
nor know of the light till I enter into the darkness".

The story of a life

COMING UP: The moviescript in .pdf format.

You wonĺt find his books, nor his works, in most bookstores or public libraries. His name is whispered with fear and envy in halls of power and among those equally ordinary and mundane, the "common" people. He refuses to be silent, 127 years after his birth, 55 years after his death.

He was not exactly a rebel, a gambler, an adventurer. He was all those things and more. He was many things to many people, including himself. He realised early on that each person is potentially many.

He was a magician, both in theory and practice. In his lifetime he wrote tons of books and material about life and magic. And his life was even more interesting than the books he wrote. He was an anti-authoritarian, anti-christian, anti-christ personified. In a society that destroys everything that makes life worth living, he embraced life, instead of living apart from it. Such a man must be controversial. He was, he is. His ideas about sexual magic and existence in general continues to be controversial. Today, when we believe more in machines than in flesh, even more so.

Aleister Crowley was not a saint (certainly not, fortunately not). He was of course a sinner (to say it the least) and he stated often and with conviction, that it was not only his preferred way of life, but also what he strongly felt was the right and essential one.

This is a tale of his life told in lyrics, poems and pictures. Itĺs not a biography, but rather the authorĺs personal and instinctive approach to a man who continues to touch millions of people that does not quite fit in. People who (desperately and instinctively) seek avenues different from the norm. Hopefully readers and seekers will get a little dip, or more, of it here.

If you like what you see, hear and feel, you may send 1 - one - dollar to this address.

Thanks to Dorothy - For the inspiring, wild nights! 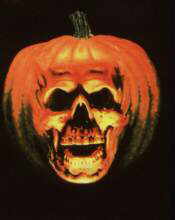 In the dead of winter, in the Fire of the Night, my power of Creation is always at its strongest.

Is that twenty-two years??? I can't believe it.

Season of the Witch

A London urban fantasy about our deepest self.

Comics as a novel.

the deepest of mysteries explored.

Dreams Belong to the Night

the ultimate tale of rebellion.

a tale of growth & realization of Self beyond any confines.

a dark London tale to end all tales.

an exploration of all shades of life.

One of the most controversial series of novels ever published.

This is a FIREWIND page