While the other members’ lives possibly have a few unclear points, Judith Breen’s life is virtually an open book. Except for a few minor obscurities we have managed to map her actions and movements down to perfection. She lived, even as a child, a very public life.
We know she was a victim of heavy handed bullying by her fellow pupils from early childhood. Especially after a particular harrowing event this was cemented. She seems to have identified with two criminals that were shot and killed by the police at the school, and the other pupils naturally reacted negatively to this.
She was born of American parents. She moved with them to Bergen at the western coast of Norway in her early years. Shortly after she ran away from home at the age of fifteen they left Bergen, never to be seen again. Another riddle in a turbulent life.
Quite a lot is known about Silverhair. She remains a mystery.
What motivated her? What will make a bright, intelligent girl quit school and begin the life of a wanderer, an outcast? What caused her final break with society, the further progress towards an asocial individual? Where does all this hate come from?
There is no reason to doubt she played an instrumental part in the formation of the Green Rose, and also is in large part responsible for the path they eventually chose. Some have claimed that Giovanni Rossi was the leader, that his experience and age made him the natural focal point, that Judith was only «a spoiled rich and famous girl» they accepted for the added propaganda value. But all somewhat independent information more than suggests that he was only a part of the trio in the chain of command under Judith Silverhair, a leader keeping her troops on a tight leash, and who didn’t shun corporal punishment when disciplinary action was called for.
See chronology for more on Silverhair (webmaster’s note).

THE CHOIRGIRL WHO BECAME A TERRORIST

Karine Lie sang in Oslo Gospel Choir as a teenager. She ended up as a terrorist and a mass murderer.
Already at an early age she was counted as a promising artist and philosopher, at least in and around the radical Blitz setting in Oslo. As it happened she found it too limiting and left town. She wrote several books, among them the Non-Dead Politician and Blood and Flowers: the limitations of pacifism, both classics, both before and during her global travels. If anybody can be said to be the creative force within the Green Rose it is Karine Lie.
She had strong allergies and claimed that that they would never have developed to any noticeable degree if not for the pollution. A conviction that certainly didn’t make her friendlier towards present day society.
After extensive travels she ended up in Copenhagen in late summer, early autumn 1988.
Webmasters comment: See also Chronology. 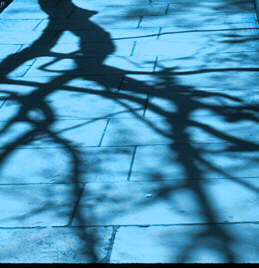 «GIO» was the Red Brigades’ «wonder boy». In spite of him not being a part of the group’s first generation, it was the popularity of him and several others that were contributing to the fact that the organization almost succeeded in crushing the Italian government and establishment. While their sisters and brothers in arms in Belgium and Germany and France never achieved anything similar, the Red Brigades brought the Italian nation to the edge of collapse during a few days and weeks in the seventies.
Gio was never arrested, but had to flee the country. Some people claim that he lived in exile in Libya, others said East-Germany was the most probable location. But the fact is that he went underground and wasn’t seen in ten years. What happened during that time will probably never be known, but when he resurfaced on the European arena he had changed considerably. To those encountering him he seemed disillusioned and tired, and all in all fairly indifferent in continued struggle.
Until the Freedom and Environmental gathering in Copenhagen winter 1988...

What does Tom Rawlins look at?

Return to main page Dreams Belong to the Night