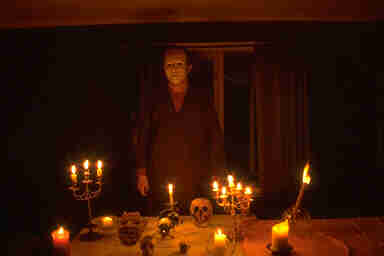 We wish you welcome to The Hidden World, the spirit world. A "place" we go when we dream... and don't dream. This is not the world we've always known, but a part of us have always known this world. The part deeper than any civilization, any technology. A world beyond Illusion, where man and animal, life and death, are one. 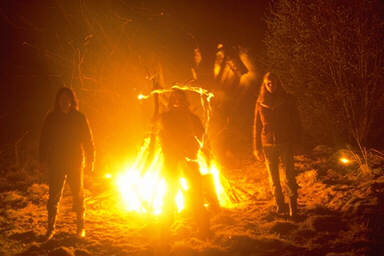 The children of the midnight fire invites you to join us in this and other parts of The Hidden World, to step with us into the mists of time and space, and lead yourself to greatness.

If you don't want to join us that's more than okay, too. We're not in any form missionaries on a crusade and we do not want to convert you to the "right" teaching. In our opinion there is no such thing. There is no truth, no right or wrong. Everything depends on viewpoint. But we enjoy meeting other seekers. We believe that humanity is Nomads by nature and that humanity and nature is one. The modern, technological society destroys everything that makes life worth living. An inhuman society creates inhuman people. That's logical, right?

There are so few Nomads left. So very few. 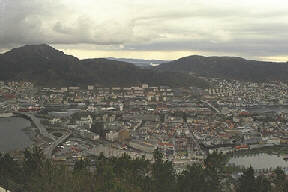 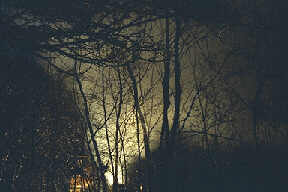 None of us believe in any supreme being. If there should exist a kind of overlord out there somewhere, it is of no consequence to us. The children of the midnight fire are not slaves, nor masters. Religion, the nation state, with lines drawn on a map, and a pyramidal system of living, is disgusting to us. Modern society with its insane laws is really nothing more than an illusion, a bad dream a tired hunter had after a lousy hunt. We, all of us present day people, really, seek the ancient contact between us and the planet. It's about time we woke up.

We are witches, rebels, warlocks, mutants and we'll always seek our own kind, a tribe from all tribes. Until the end of time.

We are seekers of the unknown. What else is there to seek? 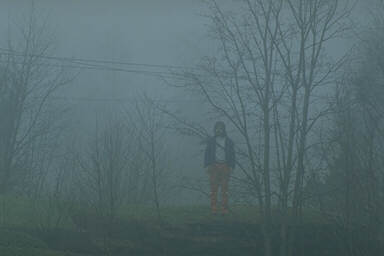 We celebrate Witchnight many times each year, but especially April 30 /the night into May 1. The ancient night of Valpurgis. Humanity has called this night many things, through the mists of Time and Space.

Other "important" celebrations include Midsummer Night (June 21), Halloween/All Souls Night (October 31), New Years Eve (December 21). A lot is happening on these nights. It may vary from time to time, hour to hour. It can be an exploration and a party both. One night we may drink ourselves pissed or enjoy other kind of mind expanding substances. Other times as it may happen, we hardly ingest anything at all. Whatever method we use it is a celebration of life and its mysteries and imagination. We have a lot of rituals and ceremonies available, that we may or may not do. They have in common a lack of solemnity and are dominated by the belief that a good laughter prolongs life, both in quantity and quality. There is too little (or too much) to laugh at and about in these times of crisis.

If you want more information, look above under "All soul's night" or/and please contact us.

The seasons are turning. There is winter camp, there is summer camp. All those in-between. The face of the moon always returns to the way it was. But not quite!

We're no unthinking Unity. BY NO MEANS, "GAEA" FORBID. We have some important attitudes in common, though. It might be summarized like this:

WE ARE BORN TO BE WILD

About this and related pages:

We'll do a lot of stuff, in fact, everything that interests us. Everything that we enjoy and we'll also cover in detail what disgusts us. As a matter of fact, there is very little we'll not accept here. Of course, there will be a huge majority of our own stuff, but we'll do our best to let others in as well. The free speech banner is a matter of course here. So much that the risk of us being banned from our server is a very real possibility.

This site will not be updated often. It will happen infrequently when something happen to justify a major change. We have chosen quite consciously to keep it simple. You will from this page be able to reach all the others related ones with only one (or two) click.

1995 was the warmest year ever measured on Earth. It rose 0.4 degrees above the record-braking year of 1990. The heat is on, folks and everything goes down the drain, up in flames. The fun is about to start.