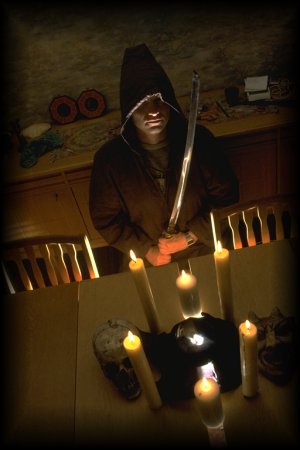 There are many Books of Shadows. Each witch make her or his own. A grimoire of Life and Magick, Travel and Imagination. Each book is unique, because every writer, every life, is unique. In the travesty of the present day world, there are still books of Shadows, there will always be. In a world wide society riding one single wave, ignoring the mighty ocean, diversity and Life still is. Persecution and witchhunts must run rampant in a world build on ignorance and fear, because tales of the other world, reminds the lost of what is out of their reach. But the witches aren’t. They bleed and suffer and die, and thus we have a society of peace. A goal of a stale, lifeless Earth, a Mega City as long as the eye may see. This is the people of the Tombstone dream, so frustrated of course, since the plan never seems to work right.
During recorded history they, the servants, the masters, the slaves of the one wave, of civilization, have done their utmost to eradicate everything that makes life worth living. They celebrated the end of the middle ages, when they believed they had exterminated the last witch.
They were wrong of course. Fire can be reduced to a mere ember, but can never truly be extinguished. Phoenix will ever rise from the ashes.

There are many witches...

THIS IS STILL A FRAME AND JAVA FREE SITE!