Who was the fifteenth member of the original group?

It is a woman, we know that much. There are many rumors about her, many urban legends.

Some people claim to have seen her, a gypsy with large rings attached to her earlobes. Others say she is a sorceress that can appear and fade away at will, or an elf or an alien that for some unfathomable reason is visiting the mortal world.

We know she exists. They were fifteen, and she was seen by independent witnesses. But the description of her varies from person to person, as if each forms their own, unique impression of her. Witness-accounts will always vary and give indistinct impressions, but not to the degree we are speaking about here.

Another urban legend tells about She Who Dances in the Forest, a specter dancing in the forest and performing Kacha on random stages in various cities. She has been tied ever tighter to the later versions of the Green Rose, been seen with them on quite a few occasions. But whether or not she is one of the original fifteen is impossible to decide.

There was no official name, no nationality. She is truly a shadow, a modern ghost that no one outside the inner circle of the Green Rose is capable of identifying. Some observers and political commentators have claimed that it was Silverhair in disguise, a deliberate attempt on her side to create a legend, but they do so no longer. Some claim it was Sybille Xavier, before she and Steve Cockrum formed their own cell. There are countless explanations, guesswork, speculations all, riddles without substance.

She Who Dances in the Forest is a transparent figure, a shadow, a ghost that walks and breathes, a story with a life of its own. 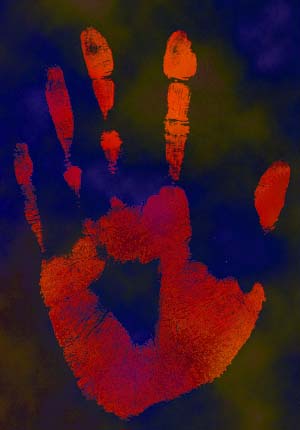 Return to main page Dreams Belong to the Night